Pula, the largest city and administrative center of the Istria County, lies in the southwestern part of the Istrian peninsula in a well-protected bay. Because of its rich political history, Pula is a city with a cultural mix of people and languages from the Mediterranean and Central Europe, from antiquity and contemporary history. The architecture of Pula is the result of all these historical layers.

The city is best known for its preserved ancient Roman buildings, of which the most famous is the amphitheater from the first century, the sixth largest in the world, popularly known as the Arena.

It is one of the best preserved antique amphitheaters and is still used during summer movie festivals and various cultural events.

In the ancient and medieval times, the whole city was surrounded by ramparts, and the passage was enabled through dozen doors. The ramparts became worn out and unnecessary, and were demolished at the beginning of the 19th century. Part of the ramparts was preserved on the area from the Twin Gates to the Giardini square. The Twin Gates were built in the middle of the second century.

Augustinian forum – central square of the antique and medieval Pula. For its construction in the 1st century BC, the shore was filled with earth to gain more space. This Roman shopping and administrative center of the city remained the main square of classical and medieval Pula. The administrative and legislative center of the city is still located in that part.

In addition to many other monuments, Pula is famous for its interesting and diverse cultural events. 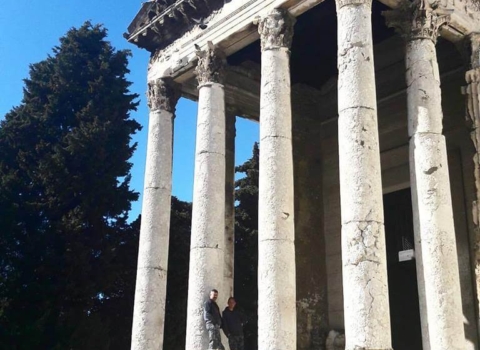 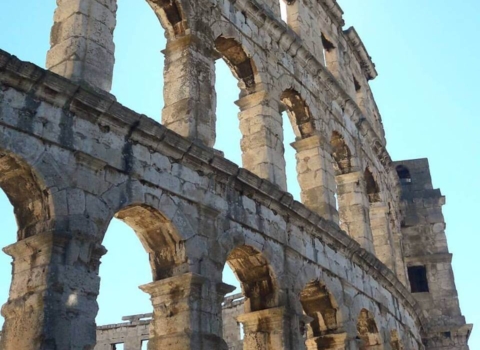 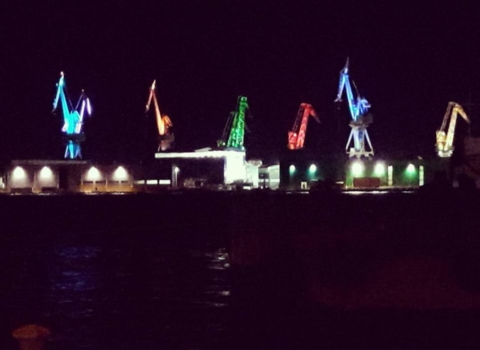 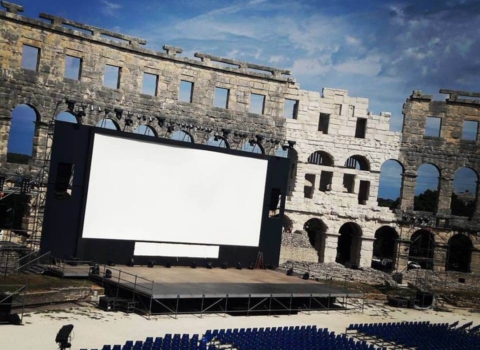 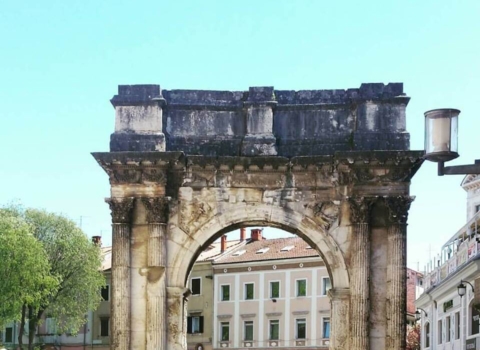